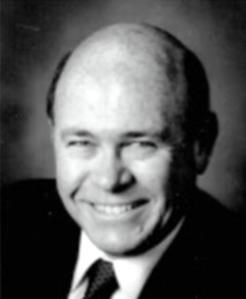 BORN
1936
DIED
2021
ABOUT
Long Beach Polytechnic High School
Kenneth Eugene Barnes CLU was born June 9, 1936, in Anson Texas to J.K. and Gertie Barnes. He passed on November 15, 2021. His family moved to Long Beach CA in 1941 and he graduated from Long Beach Poly High School in 1954. From there he attended Cal State Long Beach where he served as class president and was a member of Sigma Alpha Epsilon fraternity. Early on, his life goal was to be a sports journalist and covered Long Beach scholastic sports for both the Long Beach Independent and The Los Angeles Times. He served in the naval reserve for 8 years as a First Class Radarman. In 1957 he launched what proved to be a long and successful career in the life insurance business in Long Beach. He was the youngest person to qualify for membership in the Million Dollar Roundtable at the age of 22 during his first year in the business. While representing many of the nation's top life insurance companies he received many awards for national sales achievement. As a leader in the industry, Ken served as president of the Long Beach Association of Life Underwriters, president of the Long Beach General Agents and Managers Association and Vice President of the California Association of Life Underwriters. Ken also was a member of the board of the Long Beach Estate Planning and Trust Council and was asked to serve on the President's advisory council of 4 major life insurance companies over the course of his career. Active in community service Ken served on the board of directors of the Century Club, Long Beach Regional Arts Council, Junior Chamber of Commerce, 49er Athletic Foundation, Self Help Opportunities Corporation, the Pacific Hospital Foundation and was a long-time member of the Armed Services Commission of the City of Long Beach. Ken was a member of Long Beach Rotary for many years and served as president of the Long Beach Executives Association. One of ken's interests was the Western Special Olympics and he served on the founding Board of Directors in its infancy, he was named the Outstanding Young Man in the city in 1973 by the Long Beach Jaycees and was also listed in Who's Who in the West, Who's Who in America and Who's Who in American Industry and Finance. Ken is survived by his five children, son, Kenneth E. Barnes, II Catherine Chambers); daughters, Teresa (Eric) Sands; Valerie (Randy) Hasson; Beverly Smith; and Jennifer (Steve) Crittendon. He was blessed with 9 grandchildren, and four great grandsons. His life was truly filled by the love of his two older brothers Bill and Bob. At Ken's request there will be no services conducted and donations in his honor should be made to the charity of the donor's choice. An online memorial website has been created for Ken if you wish to visit. https://www.mykeeper.com/profile/KennethBarnes/

Published by Orange County Register on Dec. 1, 2021.
To plant trees in memory, please visit the Sympathy Store.
MEMORIAL EVENTS
To offer your sympathy during this difficult time, you can now have memorial trees planted in a National Forest in memory of your loved one.
MAKE A DONATION
Please consider a donation as requested by the family.
MEMORIES & CONDOLENCES
Sponsored by The Orange County Register.
2 Entries
So sorry for your loss, Ken's wife Shelly was my sister, who passed away October 13th of 2019, and my father Einar Onarheim " Ken's father in law "passed away on November 21, this year . All 3 wonderful persons will be missed along with a lot of untold stories . We will miss Ken keeping you all lifted in prayer. The Onarheim family .
Brad Onarheim
December 12, 2021
He was my loving mentor and guide always a tremendous help and above-all FRIEND. He was helpful to me everyday that I saw him and even when I moved to N. California--always positive and a great help. He is sorely missed and will be forever.
Roger Janow
Friend
December 3, 2021
Showing 1 - 2 of 2 results