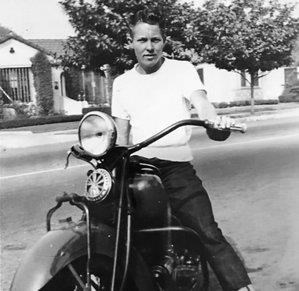 BORN
1926
DIED
2019
ABOUT
John H. Francis Polytechnic High SchoolLong Beach Polytechnic High School
The honorable Judge John L. Flynn Jr. (Retired, OC Superior Court) passed away after a long and full life on September 5, 2019 with family by his side in his home in La Habra, California to again be with his loving wife, Paddy, who preceded him in death by 33 days after 67 years of marriage. John was born to John and Laura (Vanbuskirk) Flynn on July 21, 1926 in Los Angeles, California. Raised by his mother, John graduated from Long Beach Polytechnic High School and then proudly served in the U.S. Navy during World War II in the Philippine campaigns. John graduated from UCLA and was working as an insurance adjustor when he met the love of his life, Patricia (Paddy) Murphy, and married in 1952. John subsequently received a degree from Southwestern Law School and began practicing law in Los Angeles and Orange Counties. John and Paddy started a family and moved to La Habra, California where John was a partner at Lawton, Christianson, and Flynn until he was appointed as an Orange County Judge by governor Ronald Reagan in 1971. While raising a family of three boys, John also found time for participation in Indian Guides, the La Habra Kiwanis Club and was an avid tennis player. John and Paddy treated their family to Summer truck-camper trips covering nearly all of the continental United States, Canada, and northern Mexico. As a jurist, The Honorable Judge Flynn Jr. valued justice and fairness and is remembered by his youngest son for saying, "It is far worse to punish an innocent man than to watch a guilty man walk free." John managed the care of his aging mother, Laura (with the assistance of his sister Doris and her family), as well as of his father, and step-mother. When the boys went away to college, John welcomed both his father-in-law and mother-in-law into his home modeling compassion, duty, and responsibility. Following his retirement from the bench in 1991, John worked as an arbitrator for Judicial Arbitration and Mediation Services (JAMS) and traveled extensively with Paddy. John is survived by his sons Judge John L. Flynn, III and Maria (MacDougal) Flynn, Jeffrey and Christa (Mokross) Flynn, and Daniel and Emily (Vogler) Flynn; grandchildren John IV and Kate Flynn, Daniel and Jessica Flynn, Heather and Eric Vanderwyst, Michael and Adena Flynn, Eric Vogler, Jenny and Davy Greer, Nick Vogler and Kady Carson; great-grandchildren Valerie Flynn, Laura Flynn, Hudson Greer, and John Flynn V (aka "Jack"); and his faithful schnauzer, Jaxon. John will be laid to rest with Paddy at Pacific View Cemetery in Newport Beach, California on September 28th. The family would like to extend their deepest gratitude to Regina, Jemima, and all the wonderful staff at LeisureCare and CareChoices who helped both John and Paddy fulfill their wish to remain in their family home until the very end.

Published by Orange County Register on Sep. 11, 2019.
To plant trees in memory, please visit the Sympathy Store.
MEMORIAL EVENTS
To offer your sympathy during this difficult time, you can now have memorial trees planted in a National Forest in memory of your loved one.
MAKE A DONATION
MEMORIES & CONDOLENCES
Sponsored by The Orange County Register.
2 Entries
Such a wonderful man.
Blessings.
Denyse Angus
September 24, 2019
My condolences to the Flynn Family on their loss of Paddy and Judge Flynn. I was Judge Flynn's assistant at JAMS from 1991 to 1997 and have the best memories of him and lovely Paddy. Judge Flynn told the best stories and jokes Very thankful they weren't apart for very long. My prayers to the Flynn family and friends in the days going forward.
Stephanie Catterall
September 11, 2019
Showing 1 - 2 of 2 results