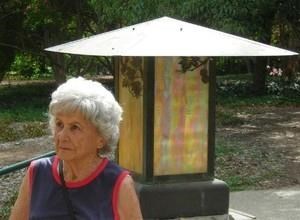 ABOUT
Long Beach Polytechnic High School
FUNERAL HOME
Forest Lawn - Cypress
4471 Lincoln Avenue
Cypress, CA
April 23, 1922 May 22, 2021 Florence Richards was born in San Pedro, California on April 23, 1922. She and her three siblings and neighborhood friends would enjoy hiking the wildflower covered hills of the Palos Verdes Peninsula when it was mostly open fields and agricultural land. She was a member of the Girl Scouts and recalled selling girl scout cookies when the Long Beach earthquake struck San Pedro in 1933. In 1935, her family moved to Long Beach where she graduated Long Beach Polytechnic High School in 1940. While in high school, Florence excelled at tennis and enjoyed a variety of sports activities. She won many tennis tournaments and trophies in the 1940's and 1950's. After high school, she attended a nursing college in Santa Barbara, and later transferred to UCLA where she studied microbiology and became a licensed as a medical technologist. She worked for labs in Long Beach contracted with St. Mary's Hospital and later at the Los Alamitos Medical Center. On June 11, 1955, she married Leroy Herman Hassinger Zengler in Las Vegas, Nevada. After marriage, they moved to the Peninsula at Alamitos Bay in Long Beach and five years later moved to Naples on Alamitos Bay for nearly ten years. Several years after marriage they had two sons (Victor and Darryl). Florence was a long- distance swimmer. My brother and I recall the many times our mother towing us on a paddleboard around the perimeter of the bay and through the canals. While living in Naples, our mother was very creative having some of the best Christmas decorations as well as creating medieval knight Halloween costumes that she made herself. We recall the many camping trips in her Volkswagen camper with the Volkswagen club as well as visiting the cabin in Lake Arrowhead every other weekend. We also recall the many other family outings to Disneyland, Santa Barbara, San Diego, Catalina, Palm Springs, or staying at the adobe Indian pueblos at Soboba Hot Springs. In August 1969, the family moved to Buena Park where our father bought a house with a backyard pool where our mother would swim many laps. Our mother would play tennis every night after work and in addition enjoyed golf, badminton, table tennis, and riding her bicycle. Our mother's nickname was "Zebra" because she was as stubborn as a mule, but more exotic. After she retired at age 71, she enjoyed ceramics making many creative items. She continued to play tennis every night until she suffered a stroke while playing doubles at age 86.5. Florence was no longer able to play tennis, golf, or swim after her stroke and was unable to continue producing pottery after age 88. She continued to drive past 92 years of age. In the last years of her life, her strength and mental capacity diminished and was cared for in an assisted living facility. She was buried at Forest Lawn in Cypress on June 11, 2021 which would have been her 66th wedding anniversary. Florence is survived by her two sons, Victor and Darryl, and her two granddaughters, Lindsey and Zoe, and her loyal Dachshund/ Miniature Pinscher mixture guard dog companion, Bruno, now being taken care by her son, Victor. The family wishes to thank Golden Eden of La Habra for their care of Florence during the past three years and eight months. "Zebra" will be greatly missed by her family and friends.

Published by Orange County Register on Aug. 8, 2021.
To plant trees in memory, please visit the Sympathy Store.
MEMORIAL EVENTS
To offer your sympathy during this difficult time, you can now have memorial trees planted in a National Forest in memory of your loved one.
Funeral services provided by:
Forest Lawn - Cypress
MAKE A DONATION
MEMORIES & CONDOLENCES
Sponsored by Forest Lawn - Cypress.
1 Entry
What a beautiful story! Thank you for sharing, Victor My deepest condolences to you and yours...
Mina Park, NP
August 18, 2021
Showing 1 - 1 of 1 results