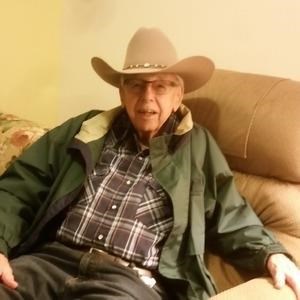 ABOUT
Long Beach Polytechnic High School
FUNERAL HOME
Luyben Dilday Mortuary - LONG BEACH
5161 Arbor Rd
Long Beach, CA
1922 - 2020 Ralph Duprey lived all but one of his 98 years in Long Beach. He grew up in the Depression, experienced the aftermath of the 1933 Long Beach earthquake, and went to war, not because he wanted to but because his country needed him. He came home and, as so many others, fell in love and married, and together he and his Mary Lee raised two girls and a boy. Along the way he worked hard at his job as a plumber, and helped family in need. There was joy, and there was difficulty. He lost his love too early in life, when she was sixty, but was able to enjoy his grandchildren, and then great-grandchildren. He had health challenges but was still strong in body and will-to-live when he celebrated his 98th birthday at the end of March. He passed away three weeks later; but it took a world-wide pandemic to defeat him. (See luybendilday.com)

Published by Press-Telegram on May 23, 2020.
To plant trees in memory, please visit the Sympathy Store.
MEMORIAL EVENTS
To offer your sympathy during this difficult time, you can now have memorial trees planted in a National Forest in memory of your loved one.
Funeral services provided by:
Luyben Dilday Mortuary - LONG BEACH
MAKE A DONATION
MEMORIES & CONDOLENCES
Sponsored by Press-Telegram.
1 Entry
I will miss your smiling face, Ralph. It was always a pleasure to talk and work with you!
Jerry Applegate
Coworker
May 25, 2020
Showing 1 - 1 of 1 results