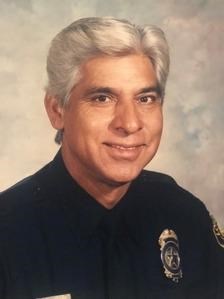 ABOUT
John H. Francis Polytechnic High SchoolLong Beach Polytechnic High School
FUNERAL HOME
Forest Lawn - Long Beach
1500 East San Antonio Drive
Long Beach, CA
December 28, 1934 - September 17, 2020 After a courageous 8-year battle with Alzheimer's, Jose Castillo (A.K.A "Moe"), went to be with the Lord on September 17, 2020. During the Great Depression, his family moved from Southern California to Durango, Mexico, where Jose was born on December 28, 1934. In 1942, he returned with his widowed mother and younger sister back to the United States where they settled in Long Beach and she purchased a home on California Avenue. Jose served in the United States Army where he was stationed at Fort Huachuca, AZ and then Fort Lewis in WA where he discharged in 1957. The following year in July of 1958 he married his childhood sweetheart Alicia and they settled in Long Beach. Both attended Long Beach Poly High School and were proud alumni that would regularly attend the football & baseball games with friends and family. Before joining the Long Beach Police Department in 1964, he worked as a carpenter like his father and his talented wood working skills became a hobby until he couldn't do it any longer. He retired after 25 years on the Long Beach Police Department in 1989 and always cited that he met some of his best friends in life while there. During his time with the LBPD, one of his favorite assignments was to patrol his alma mater, Poly High School, where he was recognized for his hard work & dedication to the student body. During his free time and after retirement, he traveled regularly with friends and family down to Baja to deep sea fish (one of his favorite sports) and to relax. In between work and hobbies, he always found time to coach his daughters in sports and was a beloved softball coach for his daughter's teams. Jose is survived by his wife of 62 years, Alicia (Herrera) Castillo; their two daughters, Mona Castillo Snyder (James) and Annette Rogers; their four grandchildren, Adrian Castillo (wife Erica), Tiffany Rogers, Alexis (Snyder) Dowling (husband Stephen), and Ashley (Snyder) Lueders (husband Taylor); and two great grandchildren; Katin Dowling and Phoenix Dowling. Jose is also survived by three brothers, Pete Castillo, Nacho Castillo, and Lupe Castillo, along with many cousins, nieces and nephews. He always had a smile, never held a grudge and will be missed by everyone who knew him. Services will be held at 9:30am on Friday, October 2, 2020 at Forest Lawn Memorial Park, Long Beach. Masks and social distancing will be required.

Published by Press-Telegram on Sep. 30, 2020.
To plant trees in memory, please visit the Sympathy Store.
MEMORIAL EVENTS
To offer your sympathy during this difficult time, you can now have memorial trees planted in a National Forest in memory of your loved one.
Funeral services provided by:
Forest Lawn - Long Beach
MAKE A DONATION
MEMORIES & CONDOLENCES
Sponsored by Press-Telegram.
9 Entries
My deepest condolences and prayers to all family members god bless
Bismarck Gutierrez
Coworker
October 2, 2020
My favorite moment of "Uncle Joe" was when I had just started dating his great-niece. We went to the Castillo family reunion. Great large party - I knew very few people there. While I was looking through the family tree lineage they had up - Joe came up and walked me through the who everyone was on the tree- and pointed people out there and introduced me to them. He made me feel so welcome and included - it was a great time.

Jason M Mandler
Friend
October 1, 2020
Such a wonderful and kind man, I will always love and miss him. God bless you in heaven uncle Joe.
Linda Castillo Mason
Family
October 1, 2020
May your hearts soon be filled with wonderful memories of joyful times together as you celebrate a life well lived.
Jason M Mandler
October 1, 2020
He had such a great sense of humor, always comedy! He was remarkable with Staghorn ferns that looked so vibrant. I remember how he devoted so much time to help us install baseboards and move a medicine cabinet in the bathroom. He taught David how to cut 90° angles. I was so impressed how he was able to fix the foundation on his home and did all the beautiful woodwork. Alice is such a devoted and loving person and they were great together. God bless you Uncle Moe, you are loved!
Audrey & Cassie
September 30, 2020

Maurene Lueders
September 30, 2020
Uncle Joe was so special an enduring part of our life. He will always hold a special place in our hearts he will always be missed. God Bless his family.
Magdalene Fierro
Family
September 26, 2020
What a wonderful man, only good memories of him.
Andrea Guerrero
Family
September 23, 2020
Joe was a great man..great father,son,brother,husband and cousin..he had a great sense of humor..always laughing and telling jokes.. I remember when he became a police officer..I was a senior at Poly..he made our whole family proud..my dad said that the Castillo’s ran that police department...Moe will be dearly missed..but one day will all be together again..God Bless
Albert Castillo
Family
September 23, 2020
Showing 1 - 9 of 9 results