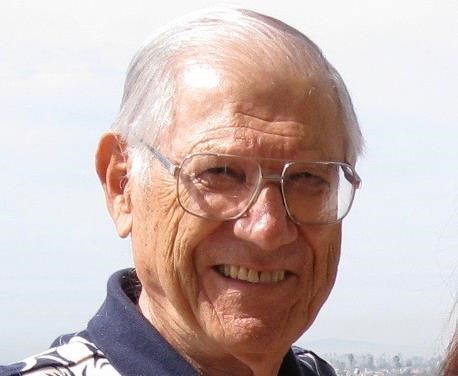 BORN
1922
DIED
2020
ABOUT
John H. Francis Polytechnic High SchoolLong Beach Polytechnic High School
December 22, 1922 - April 17, 2020 David Lee Williams, beloved husband and father, passed away peacefully from natural causes at his home in Corona del Mar on April 17, 2020 surrounded by loved ones. He was 97 years old.David was born on December 22, 1922 in Des Moines, Iowa to parents Isaac and Esther (Aaron) Williams. David, the youngest of his siblings Jacob, Samuel and Hannah, lived in Des Moines until 1935 when they moved to Long Beach to start a new life in California. David enjoyed telling stories of his humble beginnings, selling newspapers at the age of 6, dangerously walking to school across the train trestle bridge and how his siblings each uniquely made their way to Long Beach.David was a class of 1940 graduate of Long Beach Polytechnic High School and often recalled the sign that was (and still is) above the entrance "Enter to Learn, Go Forth to Serve". During high school and college summers, he enjoyed going to the Casino and Rendezvous dance halls on Catalina Island and Balboa Peninsula to listen and dance to the popular big band tunes of the era. He even had his own big band and played the clarinet, saxophone and xylophone. During the summers of the early 1940's, he operated Dave's Hamburgers at the Balboa Fun Zone in Newport Beach, combining two of his favorite interests, business and the beach.David began his studies at UCLA in September 1941, but like many, his studies were interrupted by WWII where he served as a 1st Lieutenant in the Army Air Corps. After returning from his military service, he completed his studies at UCLA, and graduated in September 1946 with a Bachelors Degree in Meteorology and a minor in Business.Soon after college, David moved to Orange County and owned and operated Llewellyn's Malt Shop in Anaheim with his brother Sam. An entrepreneur by nature, he went on to start many businesses, among them The Williams Company Army Navy Surplus stores in Anaheim and Fullerton and the World's Fair import stores in Garden Grove, La Mirada and Northridge.He married the love of his life, Mary (Rita) Heck in 1953 and together they happily raised three children, Kathy, Steven, and Craig in Anaheim. David was a devoted husband and father, and if asked, would claim his greatest accomplishment was being a good provider for his family, above all of his many business successes.Affectionately known as Popsie, Davey and David-La, David was a great storyteller, often telling his children ( and anyone else who would listen) about the tales from his childhood and younger days so that now his children can recount them in great detail and often joked that he should just number the stories so he didn't need to repeat them all in their entirety. He had a charming way about him, an infectious smile and a twinkle in his eyes. He was kind and compassionate and loved people, always making everyone feel special. He was intelligent with a strong work ethic and attention to detail, known for being logical and diplomatic. He enjoyed being a mentor to many, whether it be about giving business or investment advice, teaching how to swim or bodysurf, how to play an instrument or sharing important life lessons.He had a strong affinity for the water and was most relaxed at the beach, swimming in the pool or bodysurfing in the ocean which he did well into his eighties. He taught all his children and grandchildren how to bodysurf which earned him the nickname of Big Wave Dave. He was an avid fan of big band music throughout his life and enjoyed listening to and singing those classic tunes right up until his last days.David is preceded in death by his beloved wife of 63 years, Mary, and leaves behind his children Kathy (Michael) Pearlman, Steven Williams, Craig (Susan) Williams, as well as grandchildren Andrea (Brandon), Katy (Nick), Kyle (Sara), Lacy, and great grandchildren Ethan, Alex, and Bodie. He also is survived by his sister Hannah Browning, as well as many loving nieces and nephews.In keeping with his wishes, the family conducted a private memorial service. We will honor his memory with a Celebration of Life gathering at a future date.Contributions in Dave's memory can be made to the Newport Beach Historical Society or The Michael J. Fox Foundation for Parkinson's Disease.Additionally, the family will appreciate anyone with special memories to share their stories online at dignitymemorial.com
Published by Los Angeles Times from May 17 to May 23, 2020.
To plant trees in memory, please visit the Sympathy Store.
MEMORIAL EVENTS
To offer your sympathy during this difficult time, you can now have memorial trees planted in a National Forest in memory of your loved one.
MAKE A DONATION
Please consider a donation as requested by the family.
MEMORIES & CONDOLENCES
0 Entries
Be the first to post a memory or condolences.