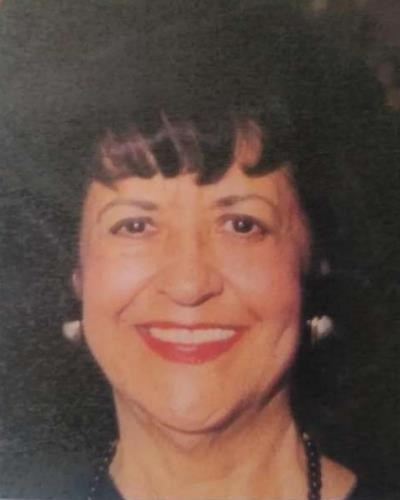 BORN
1924
DIED
2019
ABOUT
John H. Francis Polytechnic High SchoolLong Beach Polytechnic High School
March 6, 1924 - October 16, 2019 Sherrie McConnell passed away peacefully on October 16, 2019. She was 95. She is now happily reunited with her husband, Lorimer ("Lorry"), and with all of her other loved ones who have passed on.She was born in Pirtleville, Arizona, and moved to Los Angeles when she was about nine years old. She was the youngest of eight sisters and one brother, all deceased. She graduated from Polytechnic High School in 1943, and wanted to attend UCLA, but since her father had passed away when she was twelve, she had to work to help support her mother and siblings. A high school teacher highly recommended her for a job as assistant claims supervisor and interpreter at Liberty Mutual Insurance. Since her mother was from Mexico and Spanish was her first language, she was fluent in Spanish.She met Lorry McConnell at a dance in Hollywood and they were married eight months later. They loved to dance and continued to swing dance throughout their marriage at various events. A favorite spot for them was the American Legion, where big bands played for special events. They lived in Gardena, CA, until their daughters, Michelle and Leslie, were teenagers. Sherrie was a devoted mother. She was very active at her daughters' grade school, made clothes and costumes for them, and cooked tasty meals for the whole family. She also loved baking, decorating cakes, and making cards. Since she and Lorry were theatre lovers, she sold tickets to plays and worked at the box office at the Gardena Valley Playmakers, where Lorry directed, produced, and acted in plays.After moving to Pacific Palisades, she worked at Home Savings and Loan for a few years, then at the J. Paul Getty Museum as a receptionist and secretary, until retiring in 1989. She and Lorry loved art and attending the many events at the Getty Museum, Villa, and Center. She and Lorry were involved in Bible study and the senior group at Corpus Christi Church, and since they were huge Bruin fans, they attended many events at UCLA. Sherrie was a member of the Assistance League of Santa Monica, and volunteered at their "bargain bazaar." They took many road trips with the family along the California coastline, Arizona, Mexico, a few other western states, including Montana, to visit relatives. As a couple, they travelled to other U.S. states, and Europe. They loved spending time with their grandchildren – taking them on trips, attending school performances, games, and birthday parties – all documented in countless photographs and videos.Surviving are her daughters, Michelle McConnell and husband Darren Schenck, Leslie McConnell Sullivan and husband Jim Sullivan, and her two granddaughters, Sarah Sullivan Mertel and husband Tom Mertel, and Catherine Sullivan.A funeral Mass followed by a reception will be held at Corpus Christi Church in Pacific Palisades on November 9, 2019, at 10 a.m. If you wish, please send donations in her honor to the Assistance League of Santa Monica, 1453 15th St., Santa Monica, CA 90404.

Published by Los Angeles Times from Nov. 2 to Nov. 3, 2019.
To plant trees in memory, please visit the Sympathy Store.
MEMORIAL EVENTS
Nov
9
Funeral Mass
10:00a.m.
Corpus Christi Church
Pacific Palisades, CA
MAKE A DONATION
MEMORIES & CONDOLENCES
3 Entries
Sherrie was such a sweet soul. She blessed my life for the past 30 years and we shared many wonderful memories together working at the Getty and in the years following. My life was all the richer because she was a part of it. I am grateful to have known her and her beloved, Lorry. I loved her dearly and will always be grateful for the time we had together.
Michelle Mears
November 8, 2019
Leslie and Michelle, I have always liked your Mom and Dad. I particularly enjoyed your Mom's tea parties where I met many very interesting ladies. I would like to think your parents are together again dancing in Heaven.
Vicky McKown
Friend
November 5, 2019
Sherrie was always a burst of fun and kindness whenever I saw her. I'll always remember watching her and my mother knitting and chatting together while Michelle and I took ballet classes as children. Since then, Mrs. McConnell has been a treasured family friend who will forever remain in our hearts. Just loved her and always will!
Karen Ruffner
November 5, 2019
Showing 1 - 3 of 3 results