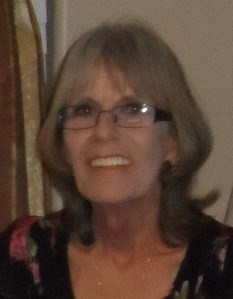 BORN
1946
DIED
2019
ABOUT
Long Beach Polytechnic High School
10/07/46 - 10/26/19 Ruth (Naftaniel) Tarbell was born in Frankfurt, Germany on October 7, 1946. After surviving the Holocaust and WWII, her parents decided to settle in the United States and build their lives. They arrived in New York on November 10, 1947 and later had two more daughters, Miriam and Janet. Throughout most of her childhood, Ruth and her family lived in Miami Beach, FL. Although they didn't own much, she would say she had a rich and happy childhood, with memories of walking with her family to the pier to fish or the beach to swim being among her favorites. Just before her high school graduation in 1964, the family moved to Long Beach, CA, where she graduated from Long Beach Poly High School. She married Clarence "Butch" Tarbell in 1974 and they raised their 4 children: daughter, Lori (Tarbell) Mendoza; son, Glen Naftaniel; daughter, Amanda (Tarbell) Hogue; and son, Michael Tarbell. They also raised 5 of their grandchildren: Breanna, Brittney, Matthew, Owen and Bailey. In total, she had 15 grandchildren, 7 step-grandchildren, and 1 precious great-granddaughter, Ruthie, named after her. After marrying, Ruth and Butch lived a year in Downey, CA, then moved to Muscoy, CA. In 1978 they moved to Devore, CA, and remained there for 30 years. In 2006 they moved to Pinon Hills, CA, to be closer to their children. They enjoyed rural living and through the years raised many farm animals and exotic birds. Ruth enjoyed reading Stephen King books, crocheting, yard sales, antique auctions, shopping, bowling, and trips to the casino. She also enjoyed fishing, camping, going on cruises, discussing news and politics, and singing in the car. She worked for Kaiser Permanente in Fontana for 34 years. Her first position was as a ward clerk then she was pathology assistant for 10 years before finally achieving her lifelong dream of becoming an Registered Nurse. She graduated from Victor Valley College with her ASN in 1992 and was a home health RN across the High Desert until her retirement in 2009. She truly loved being a nurse and patients would sometimes recognize her while shopping and approach her to give her a hug and thank her for her care. Ruth had a great and somewhat wicked sense of humor, was insightful, and would not be afraid to speak her mind. She was hard-working and independent, yet very devoted to her family. She loved to cook big meals for all the family and Thanksgiving was her favorite day of the year. She was the foundation of her family and was always there to lend her ear, offer advice, and even lecture when it was needed. The last couple of years were tough on her, healthwise, and she grieved the loss of the independence she always enjoyed, although was very grateful for the loving care her granddaughter, Breanna, provided. Because of this, she was able to remain with her family in the comfort of her home and enjoy her time with them, listen to, love and support them, and watch her favorite shows. Her family loved her dearly and will miss her terribly. Ruth was preceded in death by her father, Harry Naftaniel; mother, Hermine Naftaniel; and sister, Janet Dalton. She was also preceded by her firstborn newborn son, and would always burn a candle in loving remembrance of him during Thanksgiving and Christmas. She passed away at Desert Valley hospital on October 26, 2019, at the age of 73, surrounded by her family. In support of her wishes, no funeral will be held, however, the family will be gathering on Thanksgiving to remember her, laugh, cry, and celebrate her life.

Published by Daily Bulletin on Nov. 28, 2019.
To plant trees in memory, please visit the Sympathy Store.
MEMORIAL EVENTS
To offer your sympathy during this difficult time, you can now have memorial trees planted in a National Forest in memory of your loved one.
MAKE A DONATION
MEMORIES & CONDOLENCES
Sponsored by Inland Valley Daily Bulletin.
0 Entries
Be the first to post a memory or condolences.