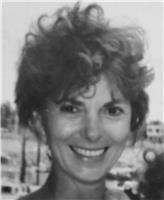 Belmont Shore lost a true matriarch, Patricia Lou DonDero, simply known as Patrice, on Good Friday. She was an incredible pioneer and trailblazer who epitomized the entrepreneurial spirit. She was fearless in the endeavors she undertook regardless of the challenge - nothing seemed out of her reach. The first business she started in the early 70's was Down To Earth an indoor plant shop that had its humble beginnings on the second floor of the building on the corner of 2nd and LaVerne, above Apollo Carpets. She would ultimately have 3 different businesses in this site. It was there that she met her second husband David Weismann/Capone who owned and operated a successful flooring business downstairs. She sold her very successful now commercial plant business to start a women's boutique called Patrice.
All the while she and David bought and sold real estate, at one time owning over 30 properties. The boutique did quite well until the recession of 1979-80. She then started a marketing and advertising company called Shore Promotions. She was very active in the BSBA for over 2 decades and was instrumental in establishing many first time promotions and events like the first sidewalk sale, first Waiters race. Patrice and Jan Hall organized the first Belmont Shore Christmas Parade with the help of Mayor Ernie Kell in a convertible, a kazoo band, 2 flatbed trucks with live music, the Wilson marching band and a dozen locally sponsored business endorsed classic cars. This event just celebrated its 36th parade and is the second largest parade west of the Mississippi next to the Rose Parade.
She also started a publishing division that produced a series of magazines called Discovering Long Beach and a City-commissioned book with the same name. She started the first Aids Walk in 1983 with her dear friend Judy Doyle to bring awareness to the disease that took so many of her friends. She had the Names Quilt with over 10,000 victims at that time shipped in on 5 semis and displayed at the Queen Mary parking lot with the help from her friend Joe Salcedo and Coors Brewing. They raised over $180,000 at the first-time event with the proceeds going to launch The Center that provides free HIV testing. This event celebrated its 30th year in November 2018. She and her son Jon promoted the first Taste of Long Beach and Taste of Belmont Shore that was rebranded as Stroll and Savor and continues to this day.
Her last endeavor in landscape design and maintenance took her back to her roots, literally. She loved digging in the dirt and won countless awards in Naples for "Best Yard of the Year". Patrice retired due to physical illness and complication from arterial sclerosis that ultimately took her life.
She is survived by her two children, Jon and Erin Stevenson, brother Dennis DonDero, and grandson Cole Stevenson.
There will be a celebration of life party this Saturday on the Bay side of the Peninsula between 61st and 62nd starting at 10:30 a.m. Bring your chair and join us at her favorite place to honor her memory.
To plant trees in memory, please visit our Sympathy Store.
Published by Gazette Newspapers from Aug. 8 to Aug. 14, 2019.
MEMORIAL EVENTS
Aug
10
Celebration of Life
10:30a.m.
Bay side of the Peninsula
between 61st and 62nd
MEMORIES & CONDOLENCES
0 Entries
Be the first to post a memory or condolences.