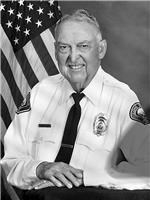 BORN
1943
DIED
2020
Michael Eric Karlson passed away on December 10, 2020 following a brief illness. Michael was born in Los Angeles, on January 4, 1943, to Dorothy Jones Karlson and Harry Otto Karlson.
Michael grew up and spent his younger years in the Walteria and South Bay areas of Southern California. He graduated from Torrance South High School, in 1960, and maintained many of these friendships throughout his lifetime.
Michael joined the US Air Force in 1961 and served two years in the Philippines before being stationed at ENT Air Base in Colorado Springs, Colorado. He worked as a Communications Specialist.
Following his military service Michael went to work for the US Postal Service where he remained for a 37-year career. He started work as a Letter Carrier, returned to college part time and earned a Bachelor's Degree from Cal State Long Beach. He worked in Human Resources, Education and Training, and at the time of his retirement he was Postmaster of La Mirada Ca.
After retirement Michael joined the Long Beach Police Department's Senior Police Partners program, He volunteered for the Senior Police for 20 years and truly enjoyed the work he did while with them.
Michael is survived by his wife Linda, daughters Kendra (Peter) Dacquisto, Kelly (Rex) Hairrell, Sister Vicki (Raymond) Honrada, and Granddaughters Hope and Hailey Hairrell.
The family plans a Celebration of Life when gatherings are again permitted.

Published by Gazette Newspapers from Jan. 14 to Jan. 22, 2021.
To plant trees in memory, please visit the Sympathy Store.
MEMORIAL EVENTS
To offer your sympathy during this difficult time, you can now have memorial trees planted in a National Forest in memory of your loved one.
MAKE A DONATION
MEMORIES & CONDOLENCES
0 Entries
Be the first to post a memory or condolences.