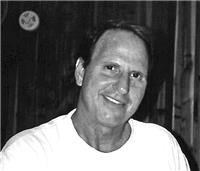 BORN
1949
DIED
2020
ABOUT
Glen A. Wilson High SchoolWoodrow Wilson High School
Kenneth Czar Nasser ('K.C.' or 'Casey' to all that knew him) was born in Long Beach at Community Hospital on March 12, 1949. He grew up with his parents in their busy Los Altos Neighborhood. He was all boy, naturally curious, athletic, intelligent, and had an easy gentle way about him that drew others to him. He was constantly active and adventurous, and loved playing Little and Pony League baseball and flag football. He attended Bixby Elementary and Stanford Junior High School where he grew in both physical stature, and strength of character.

After Stanford, he left all of his Long Beach friends behind when he moved with his mother and new stepfather to Lake Tahoe in Northern California. He began attending South Lake Tahoe High School in the fall of 1964. He naturally assimilated into a new expansive outdoor environment and culture, quickly making new 'forever' Tahoe friends. He immediately became an excellent skier while working at the Lake Tahoe Heavenly Mountain Ski Resort.

Prior to the beginning of his senior year, he returned to Long Beach to become a starting player on Wilson High School's outstanding football team which was destined to go to the CIF playoffs. Even though he was back with his original Long Beach friends, he was definitely considered the "new guy" on Wilson's campus. Having already walked down that road, he quickly made many new senior friends who recognized and appreciated his uniquely quiet, easy, comfortable style. His succinct, spot-on observations and one-liners, are still fondly remembered to this day. It was then that he met Valerie (Val) Connelley, and the two began dating throughout the entire exciting football season until his planned return to Lake Tahoe to graduate in the Spring of '67.

KC decided to return to Long Beach for more sports and college. He met and married his first wife Susan Blythe with whom he had his son Bradley (Brad) Nasser. After graduating from CSULB, he started his own contracting business and years later purchased and operated a successful plumbing business in Huntington Beach.

Casey and Val were reunited and subsequently married in 1998. With Brad as the Best Man, they shared their vows and love in the presence of many life-long friends and their yellow Labrador retriever, Piper. There were then many travel adventures including countless weekends and vacations to Catalina aboard their sport fishing boat 'Time-Out'. Surfing and sport fishing had become a few of Casey's hobbies which took them to destinations such as Hawaii, Costa Rica, and the Virgin Islands.

He lived a full, happy life for which he was grateful. He was a fully engaged loving father and husband, a trusted and respected businessman, a rock-solid loyal friend to so many people, and just an all-around good guy.
When he became ill with a very rare blood disease, he fought a courageous battle with dignity and strength to the very end. Casey/KC passed away peacefully on Sunday November 22, 2020 at the home he built on the Peninsula.

He is survived by his wife Valerie, son Brad, grandson Grant, sister Brenda Welter-Estrada, and yellow lab Marla. He will be greatly missed. God Bless you beloved Kenneth Czar Nasser.
We will never forget you. A Memorial Event will take place when possible.

Published by Gazette Newspapers from Jan. 5 to Jan. 21, 2021.
To plant trees in memory, please visit the Sympathy Store.
MEMORIAL EVENTS
To offer your sympathy during this difficult time, you can now have memorial trees planted in a National Forest in memory of your loved one.
MAKE A DONATION
MEMORIES & CONDOLENCES
0 Entries
Be the first to post a memory or condolences.