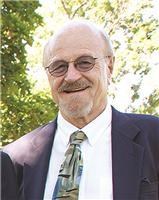 BORN
1943
DIED
2021
ABOUT
San Gabriel High School
We mournfully announce the passing of Harold Michael "Butch" Klem, 77, of Long Beach. Michael, as many friends knew him, passed away on March 30th, after a hard fought battle with liver disease.
He earned the family nickname "Butch" as a toddler. He would walk around the neighborhood with a baseball bat, oversized cowboy boots and droopy diapers. Though seemingly gruff, he possessed a kind heart and infectious personality that endeared him to friends and strangers alike.
Butch, born to Paul and Vesta Klem, took his first breath on April 8th, 1943. Butch worked hard at school and in life, graduating from San Gabriel High School in 1961 and earning his degree from the UCLA School of Medicine in 1969. He completed an internship at LA General and his residency at UCLA before embarking on a decades long medical career in the field of radiation oncology.
While Butch never married, he lived a full and vibrant life with more friends than you could count. His sister Arlene (Paul) Wylie, nephews John and Thomas and grand niece Cecilia meant more to him than words can describe.
Though not related by blood, Butch's biggest constant in life was his best friend and business partner Frank Rossi who was more like a brother. Frank was by Butch's side through countless life events, and will continue to carry on his legacy through their numerous shared ventures.
Butch pursued many hobbies during his full life, most notably an interest in collecting sports cars. He was an avid animal lover, and was a proud "dog papa" to rescue dogs Logan and Barney.
He was a devoted sports fan, cheering the UCLA basketball and football teams through championships and lean years. The day Butch passed away, the UCLA Bruins upset Michigan in the NCAA tournament. Butch's family was comforted knowing how happy that would have made him.
We will miss him dearly.
At Butch's request, there will be no public memorial service. His family will gather to honor him at a later date.
Published by Gazette Newspapers from May 6 to May 14, 2021.
To plant trees in memory, please visit the Sympathy Store.
MEMORIAL EVENTS
To offer your sympathy during this difficult time, you can now have memorial trees planted in a National Forest in memory of your loved one.
MAKE A DONATION
MEMORIES & CONDOLENCES
0 Entries
Be the first to post a memory or condolences.