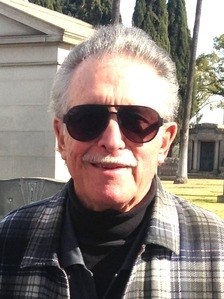 BORN
1939
DIED
2020
ABOUT
Long Beach Polytechnic High School
Michael R. Leddel passed away on Friday, October 16, 2020, at the age of 81. He was born on May 15, 1939 to Sam and Helen Leddel in Long Beach. Michael graduated Long Beach Poly High School, lettering in water polo and serving as the president of the Sphinx fraternity. He attended USC and was on the 1962 Trojan football National Championship team that went on to play the Rose Bowl, and graduated with a Bachelor's Degree in Fine Arts. Michael served in the military in The Naval Construction Force, better known as the Seabees from 1965-1967. He was a Mason and member of the Long Beach Mounted Police. He began a career in sales, working for Jack Kay and Sons, managed Gary's & Co., a men's clothing store in Marina Del Rey, and in the early 80's, worked for the Greif Company representing Ralph Lauren Polo clothing. In the late 80s, he became the proprietor of Orville & Wilbur's, his long-time hangout. He ended his career working at Don Vincent in Palos Verdes. Michael is survived by the love of his life, whom he married in 1983, his younger brother, and his two daughters. Services will take place on Sunday, October 25, 2020 at the Home of Peace for immediate family and close friends, only.

Published by Daily Breeze on Oct. 24, 2020.
To plant trees in memory, please visit the Sympathy Store.
MEMORIAL EVENTS
Oct
25
Service
Home of Peace
CA
MAKE A DONATION
MEMORIES & CONDOLENCES
Sponsored by Daily Breeze.
3 Entries
He was one of our patients who turned into a friend. He was such a sweet and funny man. My condolences to his family.
Sissy
Friend
November 2, 2020
Michael was a dear friend and cherished "somewhat older" advisor during my undergraduate days at USC, and will be sorely missed by all who knew or came across him.
Michael Guhin
Friend
October 26, 2020
Rest in Peace my Friend
John English
Friend
October 24, 2020
Showing 1 - 3 of 3 results